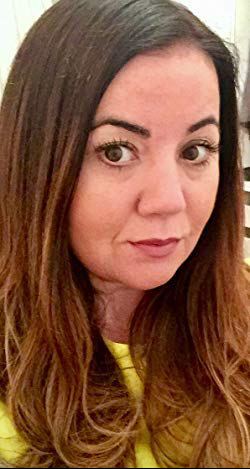 MARIA ROBERTS graduated with an MA in Novel Writing from Manchester Metropolitan University and has a BA (Joint Hons) in Spanish and English from University of Manchester and PG Certificate in Media Management.

In 2007 I wrote the popular blog Single Mother on the Verge, which was turned into a book of the same name in 2009 by Penguin. In 2007, I won Best Personal Blog at the Manchester Blog Awards at Manchester Literature Festival, the same year I was nominated for an Amnesty International Freedom of Expression Award at Edinburgh Festival Fringe. I’ve written for many publications including Marie Claire, Elle, Cosmopolitan, The Telegraph, The Guardian, The Express, The Mail, Reveal, Stella, Style, Condé Nast Traveller, The Times and contributed to discussions on family and women’s issues on TV and radio, including BBC Radio 4 Woman’s Hour and BBC news and current affairs programmes.

Praise for Single Mother on the Verge:

“Move over, Bridget Jones” – The Mirror
“Don’t let the pastel cover fool you – the writing is excellent and strikingly honest” – Marie Claire.